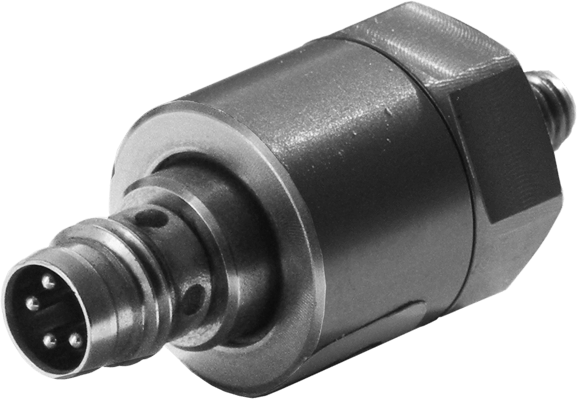 Pneumatic cylinders are an essential mechanical device for automated machinery. Compressed gas gives them the power to produce a force in a reciprocal linear motion, bringing computer systems and robotic arms to functioning life in a manufacturing plant. They have a very unfortunate disadvantage, however.

These cylinders will work dependably — some for many years — only to fail with absolutely no warning. Without automation equipment, high volume production lines may be forced to shut down, costing companies millions of dollars per year. Some manufacturers have attempted to avoid downtime by replacing pneumatic cylinders on a scheduled basis. This is an expensive and time-consuming process that never fully alleviates unexpected failures.

EmbedTek put an end to the guessing game by inventing a high-speed sensor and reporting solution capable of distinguishing between cylinders with remaining lifetime and those facing imminent failure. This game-changing development increases uptime for production lines and reduces repair costs by creating a predictive rather than preventative maintenance program. Here’s how we did it.

EmbedTek worked closely with a customer’s engineering group to identify all of the different failure modes of pneumatic cylinders that might impact reliability. This investigation proved to be one of the most thorough examinations of cylinder operation ever undertaken. The team looked at cylinder construction, then moved to the dynamics of cylinder components when in motion. Finding: The team quickly realized that they needed to record pressure waveforms, which are timelines of pressure events lasting just fractions of a second. No device existed that was capable of measuring such events. EmbedTek engineers could solve this gap with an application that used a high-speed sensor.

Development
EmbedTek designed and developed a high-speed sensor that collects millions of detailed data points for pressure waveforms. A series of experiments was then performed using good and bad cylinders, proving the sensors go far beyond initial capabilities researchers said they were missing. Software was introduced to analyze data, isolate the differences between good and bad units, and describe those differences with a patented algorithm. The engineering team used the algorithm to not only identify the failing cylinder, but the specific component of the cylinder that was about to fail — long before the functional performance was impaired or even recognizable. Market Solution: Users would be able to highlight cylinders for replacement before a failure and line shutdown.

Design
Once the EmbedTek team could effectively predict when a failure was going to occur in the lab, they focused on creating a tool to monitor actual cylinders and provide information to users. The high-speed sensor received an interface that could connect to multiple devices, including laptops, tablets, or smartphones. Finishing touches: The entire system had to be reliable, work in harsh environments, and be available at a price the market would bear.

Launch
Plant managers and engineers now have the ability to determine which devices are going to fail in the near future, giving them an opportunity to schedule cylinder maintenance or replacement prior to failure.

Our commitment to quality extends beyond the installation of our computer and display systems. In the spirit of inventive engineering, we saw a challenge our customers were experiencing, evaluated it carefully to determine the areas we could control, and produced a solution that benefits an entire industry.